ABOUT US
PLAN MY TRIP
Overview
Reviews
Contact
Itineraries

The 10 Hidden Gems of the Amazon Rainforest

Whether it’s discovering the myths and legends of the Amazon river, exploring the rich biodiverse ecosystem, or seeking a slice of luxury within a vibrant Amazonian city, the Peruvian Amazon Rainforest has it all for planning your next dream trip.

Spoilt for choice, the real challenge for you as you embark upon your Amazonian adventure comes from choosing unique experiences not every traveler will have the advantage of seeing. That’s why I’ve selected 10 hidden gems you’ll find off the beaten track, so when you’re ready to start planning your perfect trip, you’ll be one step ahead!

Ask any birding enthusiast about their travel bucket list, and the famous Manu Road is guaranteed to be a top pick.

Nestled in the heart of Peru’s Rainforest, the Manu Road runs along the edge of Manu National park, one of Peru’s largest national parks. Marveled at by all who visit, due to the plethora of exciting (and sometimes unexpected) wildlife species you’re likely to see, such as the ‘Andean Cock of the Rock’ bird, and the elusive Condor.

Even if you’re not a budding bird enthusiast, you can’t not find The Manu Road a breathtaking experience. The best time to visit is during the dry season, from April to November. 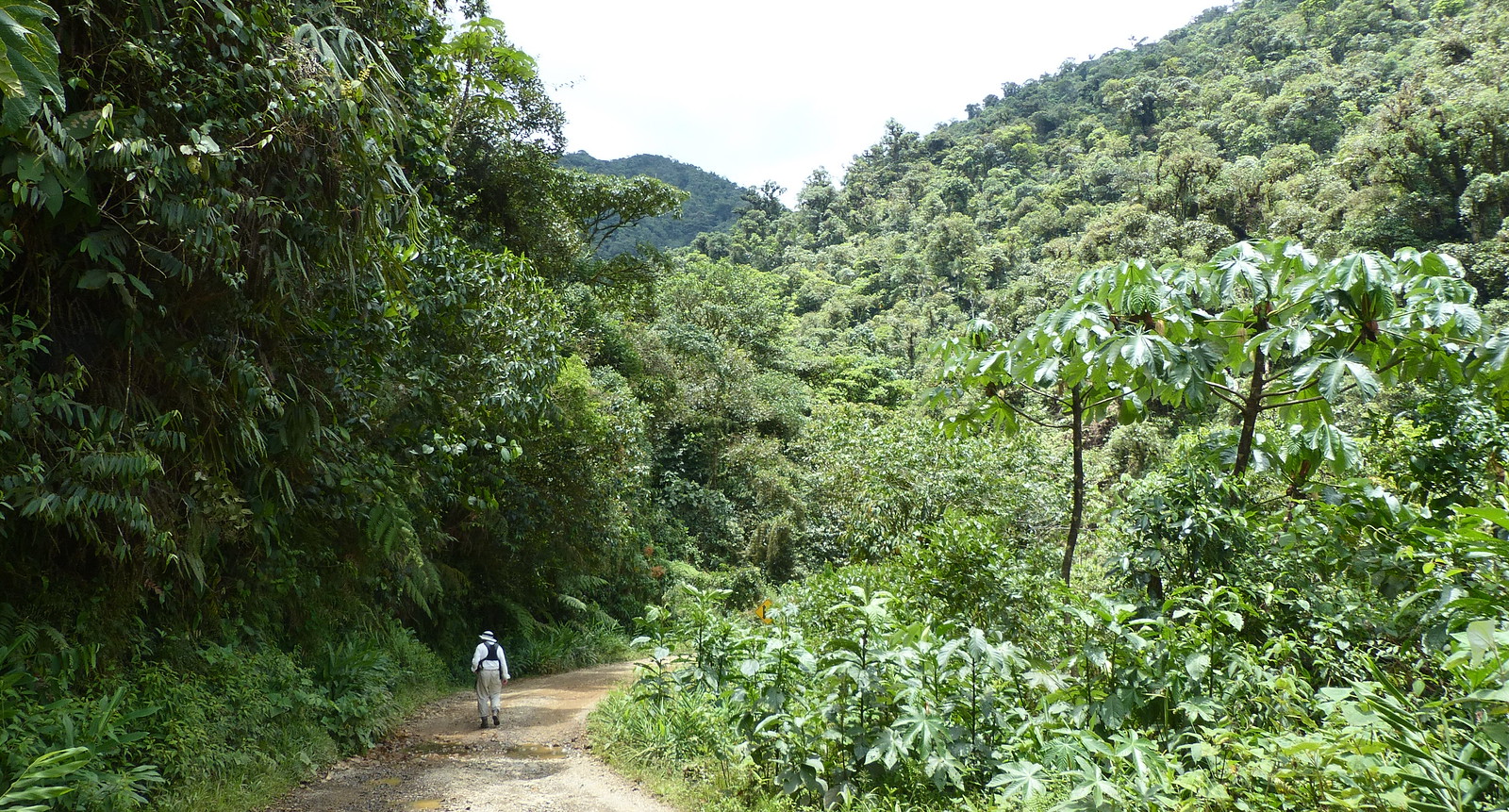 2. Visit the Ancient City of Cuzco

Cuzco, formerly the capital of the Inca empire, is one of the oldest continually habited cities in the Western Hemisphere. It even became a Unesco Heritage Site in 1983.

Famed for its rich history, blend of Spanish colonial and ancient stone architecture, and with culinary delights aplenty, you’ll be sure to find something that speaks to your interests and passions. 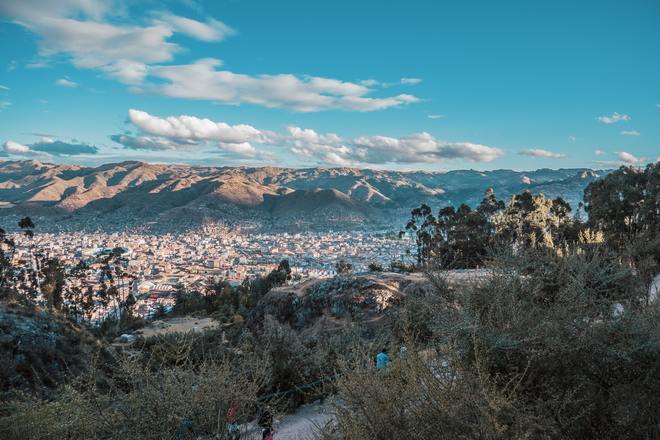 How about taking the road less travelled? One of the most important, yet underrated infrastructure projects undertaken in the south of Peru, the Interoceanic Highway connects the Puerto Maldonado capital of Madre de Dios with the biodiverse highlands.

To name a few reasons why riding the interoceanic highway should be on your Amazonian bucket list are: spotting South American Camelids (lamas, alpacas and vicuñas), and the snowy peaks of Ausangate Mountain as you ascend 5000 meters in altitude after departing Cuzco, as well as appreciating the unique transition from highlands to rainforest to plains in just four hours.

If you want to appreciate the biodiversity on offer in a shorter space of time, the Manu Express and the Complete Manu are great itinerary recommendations to choose.

The Ultimate Guide to the Peruvian Amazon Rainforest

A free email course that will teach you everything you need to know about planning the perfect Peruvian Rainforest Adventure!

One of the world's most biologically diverse protected areas in the world, Manu National Park is a haven for terrestrial biodiversity. The park contains 10% of the world's bird species, 5% of its mammals, and an unrivalled selection of fish, reptiles, amphibians, including over 500,000 species of arthropods.

Tambo Blanquillo’s Private Nature Reserve, situated in the buffer zone of this magnificent park mirrors the park's rich ecosystem, with very little difference. Years of care and devotion to our Private Nature Reserve is the reason why I felt it only necessary to include Manu National Park in just one of our tours, The Manu Extraordinaire.

Slicing through Peru’s rainforest landscape, meeting with Bolivia and Brazil, lies the Madre de Dios River – also known as the river of serpents, and home to the legendary gold city of El Dorado. The river itself makes up part of the Amazon rainforest drainage basin and stretches over 700 miles, making it the largest watershed in the area.

This mysterious river is an ecosystem in itself. Keep an eye open for Capybaras, Orinoco Geese, Black Caimans, and wild cats roaming the banks and wading across the waters.

I recommend taking a river voyage for a more intimate experience, discovering the wealth of secrets the Madre de Dios River has to offer travelers. 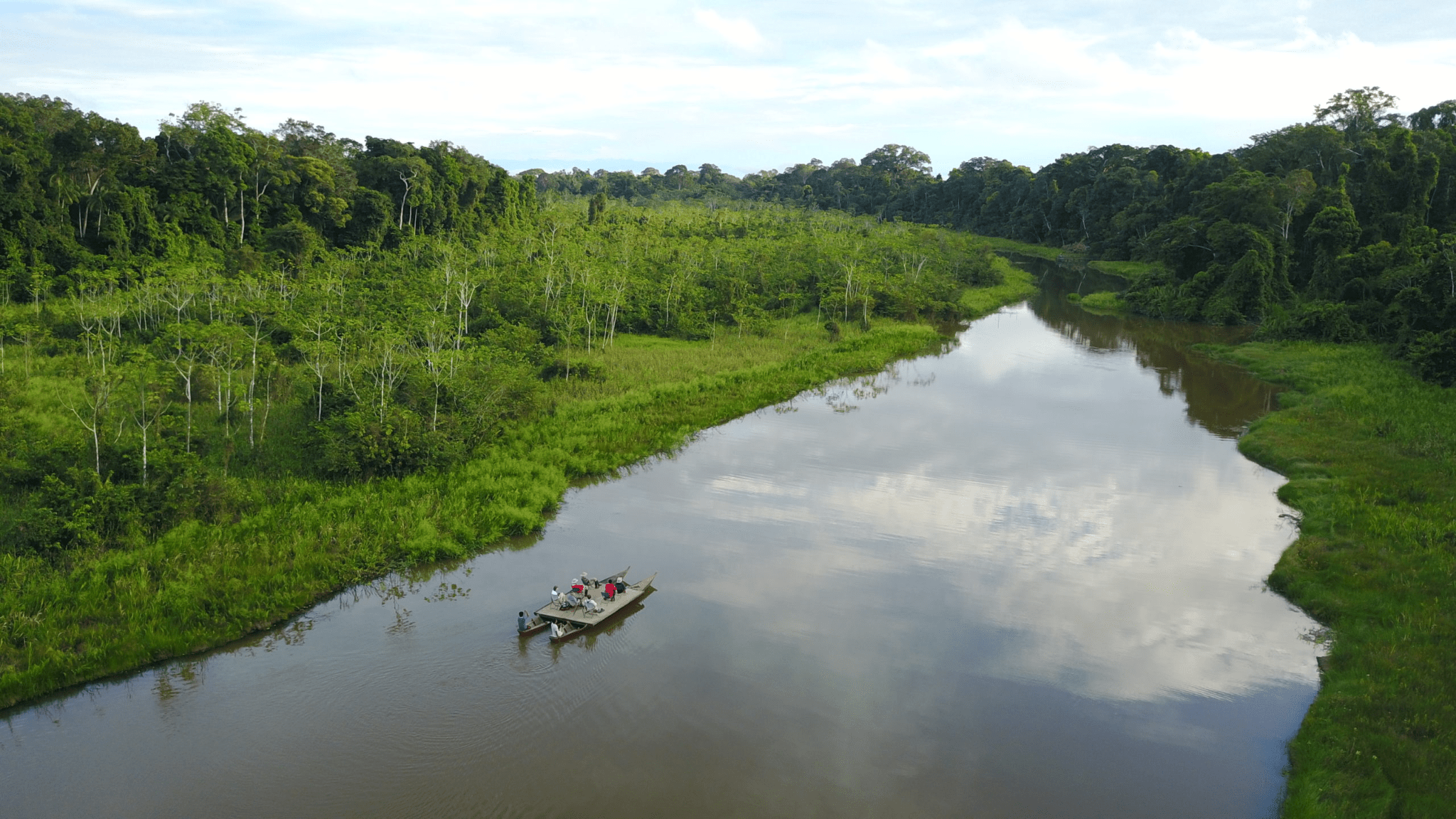 A Macaw ‘Clay Lick’ in the early hours of the morning is an unforgettable encounter for any traveler seeking the best of ecotourism adventure. As dawn shines upon the riverbanks in the western Amazon basin, hundreds of Macaws and other parrots flock to gather and consume small portions of clay from a Collpa (clay wall). This clay is known to be vital to their intestinal health.

Imagine sipping your coffee on a chaise-lung at sunrise, at pure ease, whilst bearing witness to these extraordinary feet of nature. The Macaw ‘Clay Lick’ is our forte, and that’s why we can offer an unbeatable experience with our state-of-the-art bird hide, designed with your comfort in mind.

A visit to the Amazon basin would not be complete without seeing the pristine Oxbow lakes such as Blanco Oxbow Lake and Camungo Oxbow Lake.

These curious formations are carved when a U-shaped section of the lake finds a shorter, different course. In turn, two sets of curves are formed, one curving away from the straight path of the river and one curving back.

The tranquil waters play host to an array of Amazonian animals such as the black caiman, the largest of reptiles in the Neotropical Zone, growing up to five meters long, and the infamous Anaconda.

A rather special and increasingly rare animal you may spot is the Giant River Otter who thrives in an oxbow lake environment. Excessive poaching in the 1950’s and 1960’s has meant Giant River Otter numbers are dwindling, however, protected areas such as Tambo Blanquillo Private Nature Reserve offer this fascinating species a refuge from danger. 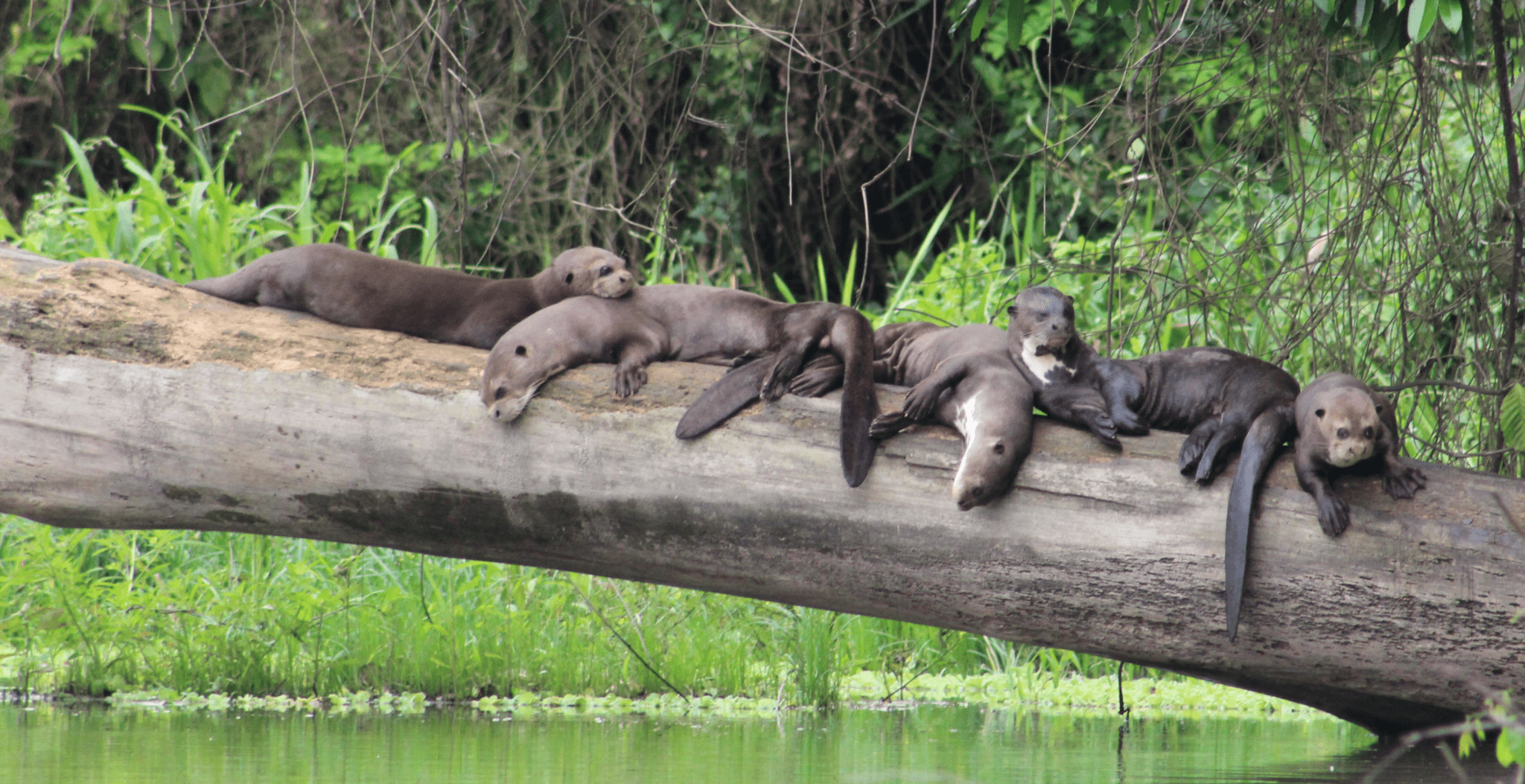 The Ultimate Guide to the Peruvian Amazon Rainforest

A free email course that will teach you everything you need to know about planning the perfect Peruvian Rainforest Adventure!

8. The Observation Tower for Tourism (the Tallest in the Peruvian Amazon)

While Brazil may have a 350-meter-high tower built exclusively for scientific research observation, we have an observation platform travelers can enjoy. Located 50 meters off the ground, it’s one of the highest in the Amazon for tourism observation and perfect for photography enthusiasts.

Next to the beautiful steel tower stands a 400-year-old Kapok (Ceiba) tree. The base of the tree is so large it would take 40 people holding hands to complete a full circle around it.

Finished in 1999, the tower itself is a work of art, originally built and designed in Lima and Cuzco. One of the dangers we studied before the excavation began was the location of the roots, with great care being taken to avoid the infrastructure touching the tree in any way.

Travelers can take advantage of the beautiful views of the Oxbow lakes from the top and watch flocks of birds pass by at eye level – making for a breathtaking spectacle. 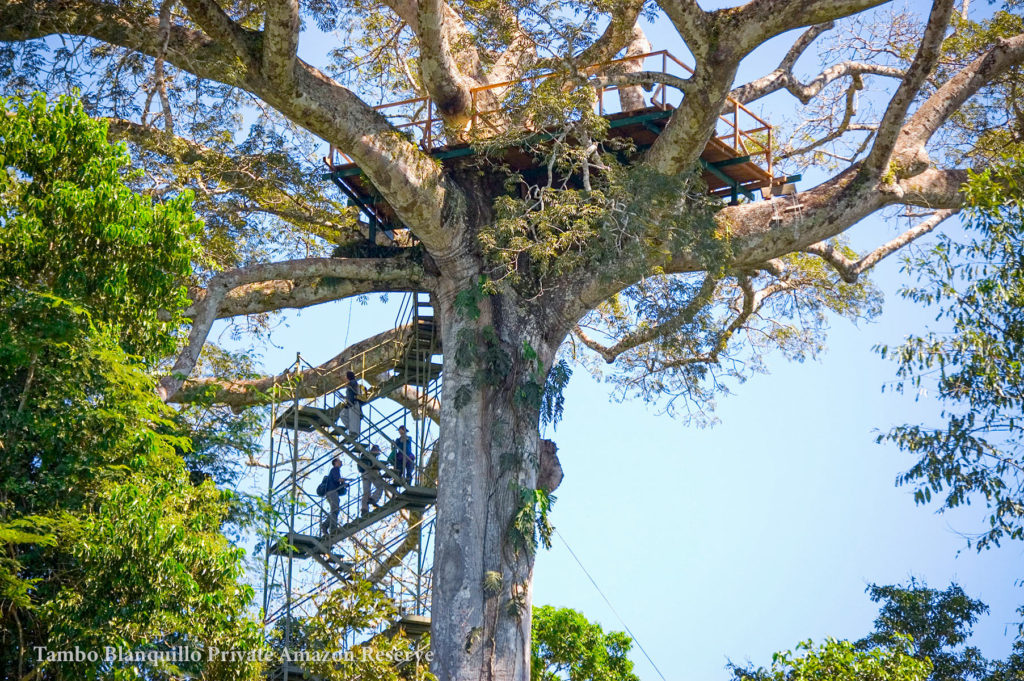 Since ancient times, humans have been accustomed to the practice called Geophagy which consists in eating directly from the earth (soil or clay more precisely). This practice was initiated by humans as a quick solution to treat an illness, or to detox from something eaten or to supply the lack of nutrients.

Over the years humans became more knowledgeable and discovered remedies to treat the common stomach-ache, and to treat poisoning by herbicides – in many poorer countries this practise still exists.

Geophagy isn’t just exclusive to humans; however, more than 50 species of animals have been recorded eating clay. A classic example are elephants that travel great lengths to eat and bathe in clay. Monkeys in the Amazon jungle also eat termite mounds that contain clay as a component. When they can’t find termite nests, they search for clay licks, especially if they contain salt which is vital for muscles and heart. When you finally come and visit you may be able to catch a glimpse of this practise in action.

9. Discover the Secrets of Geophagy

The trail grid in Tambo Blanquillo Private Reserve covers more than 17 Km (10.5 miles) of pristine paths carefully designed to interconnect the main attractions with the lodge. At the same time the grid provides extraordinary observation spots for a spectacle of wildlife and botanical species.

Night or day, the trail can be easily trekked by even novices, due to the ample path being cleaned on a weekly basis from debris and fallen trees after severe storms.

In several of the trails we have camera traps that catch wildlife activity and monitor the species as part of a weekly routine. We then use these films to create short movies to help travelers like yourself get informed on the secrets of the surrounding ecosystem, and what to look out for when wandering the illustrious trail.

A guide will always accompany you on our trails in order to ensure you’re getting the best experience, free from potential risks and full of insight. 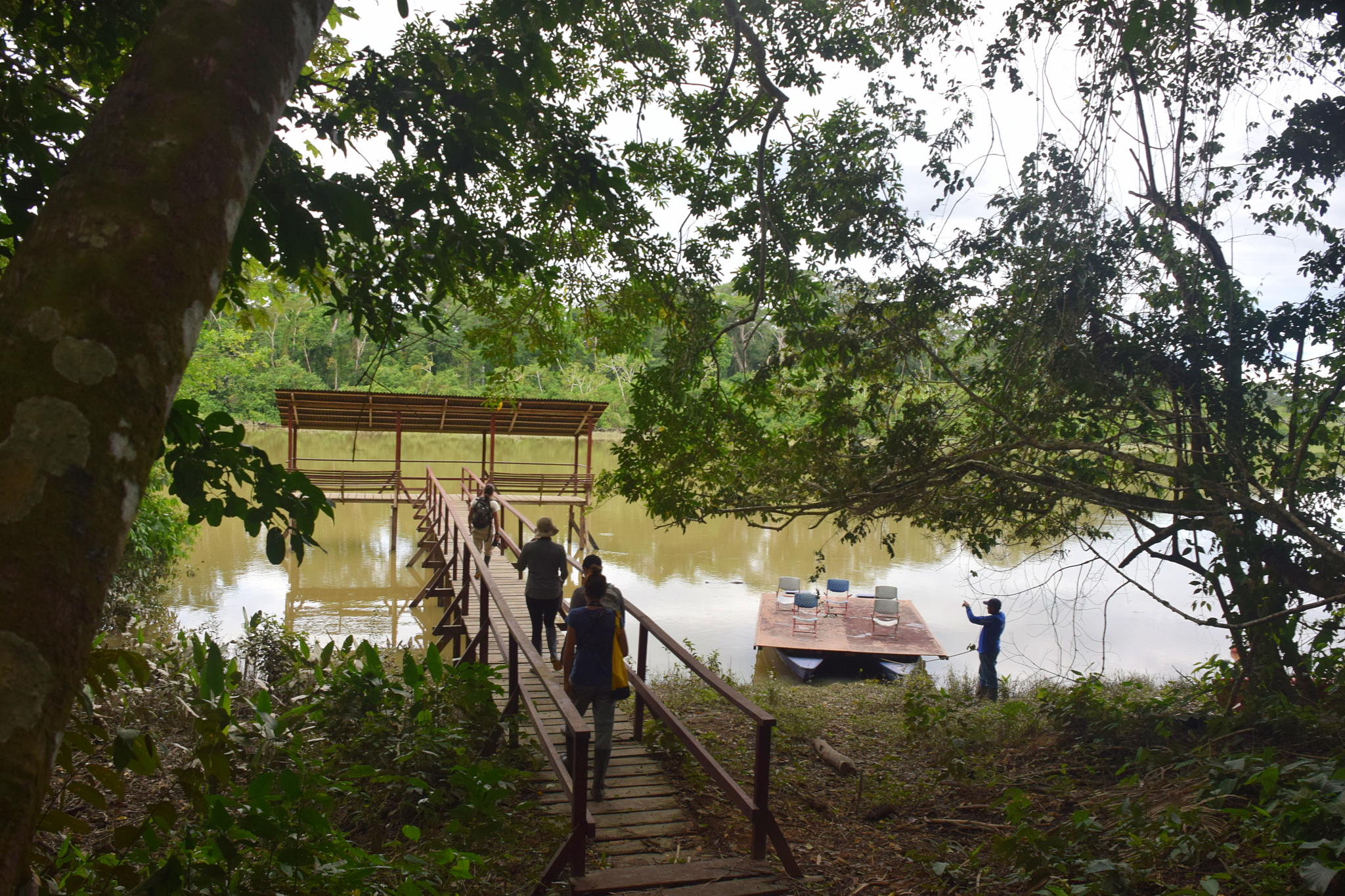 Visit one or visit them all, these 10 hidden gems of the Peruvian Amazon Rainforest will make your dream trip a reality. Will it be photographing the intricate beauty of the rainforest from up high, relaxing whilst watching the magical phenomena of the Macaw ‘Clay Lick’, or voyaging along the Madres de Dios River?

Contact a Tambo Blanquillo trip planner today to begin planning your tailor-made off the beaten track vacation today. Remember, with us you’re an explorer, not a tourist.